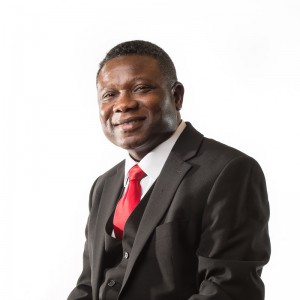 Reverend Henry Aggrey, West African by birth, founded the River of Life Ministry in 1998 following a time of great intercession. Drawing inspiration from John 7:38 (“He who believes in Me, as the scripture has said, out of his heart will flow rivers of living water.”) he found inspiration for both the name and the primary nature of the Ministry. Following the completion of his degree in Theology in 1999,  Rev. Henry expanded the ministry and, in 2003, the ministry became an officially registered Charity. In 2005, Henry officiated the affiliation between the River of Life Ministry and the Free Methodist UK by being ordained by the Superintendent Rev. Allan Ellershaw.

Henry has also developed an intercessory Bible reading Church. His focus as a minister is to develop an individual in their ministry with God, their ministry towards the Church and outwardly to the world. Rev. Henry’s sermons are characterised by the opening declaration “God is in us, God is with us, God is for us!”